Our Team in Gräfelfing

Mr. Christoph Pfänder has enriched our team as branch manager of the VON POLL store in Gräfelfing since July 2021.

Mr. Hadeed already appreciated Mr. Pfänder's commitment, his inquisitiveness and his charming manner in the past. Therefore, it was out of the question to get him into his team as well. In July 2021, the time had finally come and the management team was thus completed.

Mr. Pfänder, also a salesman with heart and soul, quickly settled in. By its open kind and joy in new challenges it took without further ado all training possibilities, packed its knowledge and its experiences in addition and stands thus now already with broad knowledge and ability of an experienced real estate agent and honest businessman to the order.

After an education as the meeting technician not far from its hometown Schwabmünchen Mr. Pfänder completed the specialized high school diploma. A year abroad in Australia was followed by further training as an IT specialist, as well as studies in business administration in Paderborn.

After completing his bachelor's degree, Mr. Pfänder was quickly drawn back to his home state of Bavaria, where he initially worked as a financial engineer in sales at an international IT company.

Mr. Pfänder also found a professional station at a Munich-based automotive company, where he worked his way up from car salesman to sales manager for new automobiles between 2013 and 2018.

After a short stopover at a software company, Mr. Pfänder decided to pursue his passion, real estate.

With his attentive nature, understanding and empathy, he complements our team exactly as we had hoped.

Mr. Pfänder finds his balance in nice evenings with family and friends over good food and exquisite wine and his love for FC Bayern. 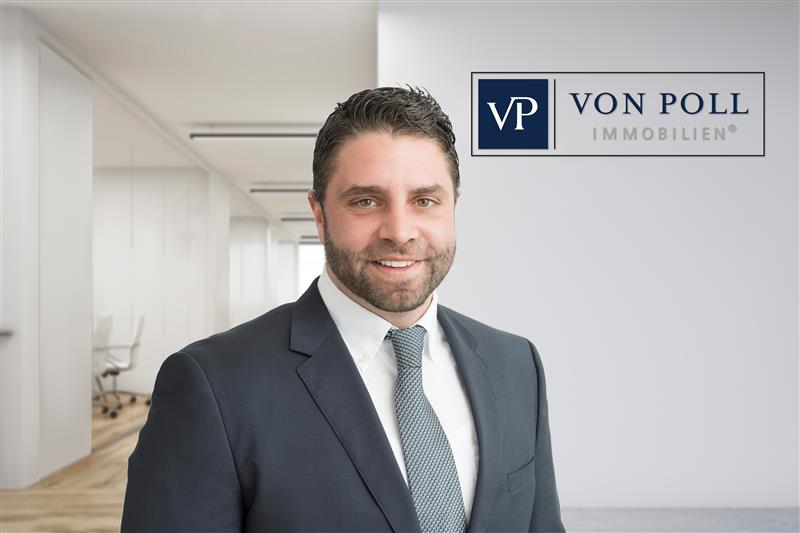 Mr. Sascha Hadeed has been branch manager of the VON POLL Shop Gräfelfing since 2016.

Born in Göttingen, he was drawn to our beautiful Bavaria soon after leaving school - to the state capital, of course. Beginning with an apprenticeship as a wholesale and foreign trade merchant in Munich, over a few years as a sales manager of agricultural heavy equipment and machinery, Mr. Hadeed reoriented himself in 2011 and has since worked for an internationally operating automotive company. Here he quickly scored points for his empathy, which was then reflected in customer satisfaction and his sales figures. Here, too, he continued to climb the career ladder. 2013 branch managers, 2014 sales manager new automobiles of the entire group of companies.

Quickly it was clear to him that the next step can only be self-employment. Versed in the field of sales, he started at VON POLL IMMOBILIEN in 2016.

In2018, he was entrusted with the license for VON POLL COMMERCIAL Munich.

In2020, he decided to restructure his branch in Gräfelfing in order to be able to offer the best know-how and highest competence for his customers. Purposefully he selected his team, knowing that a homogeneous team, in which everyone works hand in hand and exhausts his abilities, brings the highest quality results with an ease and joy.

Since family and friends are the top priority for Mr. Hadeed and he is the father of an adorable little daughter since 2021, he has now put down his roots in the Munich Speckgürtel. The Würmtal offers him and his family peace and idyll to draw strength.

Especially his Labrador lady enjoys the closeness to the Würm. 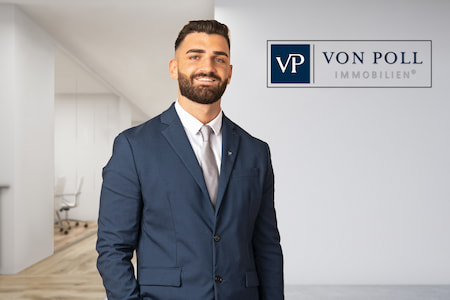 Our youngest broker talent, Mr. Qendrim Rexhepi, has been with us since September 2019 and completed his two-year apprenticeship in the VON POLL IMMOBILIEN Shop Gräfelfing as a real estate agent with flying colors in 2021.

Before Mr. Rexhepi joined our team, he completed his first apprenticeship as a businessman for insurance and finance as the best in his year. Here, too, his focus was already on field service and customer support.

Working with people has always been a pleasure for him, as has his professional development. His unbroken fascination and great interest in real estate brought Mr. Rexhepi to the real estate industry and to us at VON POLL IMMOBILIEN Gräfelfing. In his spare time, Mr. Rexhepi can be found on the golf course improving his handicap. 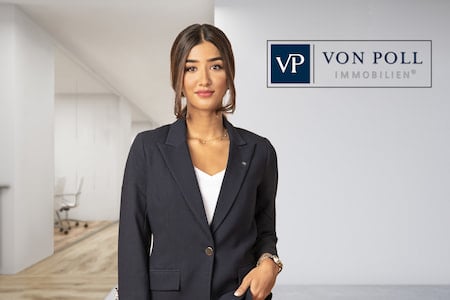 Mrs. Malalei Raouf is a native of Munich and grew up in the Starnberg district.

She completed an internship at VON POLL IMMOBILIEN Gräfelfing in 2018 and applied for an apprenticeship after successfully graduating from high school. She has been a permanent part of our team since September 2021.

Through her position as district student representative, Ms. Raouf discovered her penchant for organizing and decorating and now inspires people with her creative ideas and supports her colleagues with all her passion.

Mrs. Raouf places a particularly high value on family and friends. The well-being of her fellow human beings is very close to her heart and so Ms. Raouf always brings joy to the team with small gestures. She enjoys her free time with her loved ones. She also does not say no to spontaneous activities. Sitting in a nice café with her closest friends when the weather is nice is one of her favorite activities.

We are very pleased that she has chosen us and look forward to the future together with excitement.

Our new trainee Svend Kauder has traveled a long way from the far north. In August 2021, he was drawn to us in Munich from the Bay of Lübeck. What he particularly likes about Munich is its beautiful location. Both the Alps and the Mediterranean are now not quite so far away.

In2017, his fascination for new things drew him to a year abroad in Slovakia. With no prior knowledge of the language, he lived with a host family in Bratislava for a school year and attended a Slovak-language school there.

Even before his training, Mr. Kauder was intensively involved in real estate. For professional orientation, he completed two internships at various brokerage companies in Hamburg and in his hometown of Scharbeutz after graduating from high school in 2020.

In addition to his interest in skiing, Mr. Kauder enjoys fitness sports or playing tennis. In his school days, he was part of a big band as a jazz trumpeter for a long time. With this band he went on concert tours to California, Sweden and Japan.

We wish Mr. Kauder a good start into his professional life in our team and hope for many common successes.