Blog
What can we expect in the real estate market in 2021? 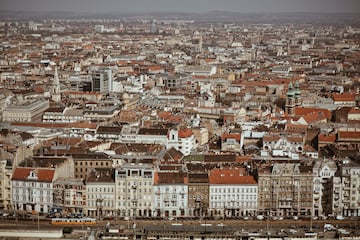 In the past few years, the Hungarian real estate market has been at a peak, with house prices rising at an outstanding rate even by European standards, before last year's slowdown. This year, however, the market could continue to improve, with the state providing effective support to boost transaction volumes, while the premium segment continues to generate solid demand from affluent target groups.

Macroeconomic data in particular has provided strong and credible support for the housing market, with GDP growth in Hungary well above the EU average, almost no inflation for a number of years, but the recent level of around 3% is not exceptional either. The strong economic growth has led to a boom in the construction industry and the real estate market, as we know that the latter is the most important indicator of the economy, the litmus paper that shows whether the economic processes are moving in the right direction.

The boom has had an impact not only at the macro level, but also on the level of broad sections of society, with the labour market expanding enormously, with 800,000 new jobs created in a decade, and one of the most important figures here is the economic activity of the population aged 15-74, which rose from 54% in 2010 to over 64% in 2020, according to the KSH. Wages have risen, consumption has continued to expand, retail sales grew for more than 80 months before 2020, the base interest rate has been at a record low for years in Hungary, and as a result, housing loans are approaching levels seen in Western Europe, not to mention state-subsidised loans.

The second real estate boom also boasts a high degree of diversification in terms of assets, meaning that not only commercial real estate - office buildings, logistics centres, hotels, malls - but also the residential market across a broad spectrum has gone from strength to strength. Several target groups have become active in the market in recent years, not only the cheaper residential segment, but also the new build mid-range segment and the premium segment.

The strengthening of the latter has been in line with the strengthening of small and medium sized enterprises and large companies in Hungary, while global players established in Hungary and constantly developing have also entered the Hungarian real estate market. It is well known that the Hungarian economy is a very open market in global terms, and thus, in addition to the ownership and management of global companies, there is a diversified investor base, such as the significant Russian and Chinese buying power that is also active in the premium real estate market.

The spectacular growth of the last decade can be illustrated by the Hungarian National Bank (MNB) Housing Market Report. While prices have been growing dynamically in all European capitals, Budapest has stood out from the rest of the metropolises, with house prices at the end of 2018 already exceeding twice the 2009 level.

The epidemic has put the brakes on the market

2020 was somewhat of a year of stalling, as the epidemic, the rise in VAT on new-build homes to 27% and the fall in the number of investment buyers due to losses in the Airbnb market all reduced the volume of transactions. According to the MNB, the Hungarian housing market had been threatened by overpricing in the past, as prices had started to rise dramatically in the previous decade, so last year brought some respite in this respect, while prices still rose by a few percent at the national level.

We expect a recovery again next year

But with the aforementioned economic fundamentals stable and experts expecting a bounce back in the domestic economy after the epidemic is under control, international analysts are also predicting 4% domestic GDP growth in 2021, so the housing market could strengthen again after last year's slowdown. No particularly significant price rises are expected this year, but the intensity of the market and the number of sales may exceed last year's levels.

In terms of real estate, the home creation programme, which will be expanded with new elements from January, will be used for homes worth 30-50 million forints, while for more expensive properties and houses, the target is solvent demand that was not particularly difficult to meet even after last year's epidemic.

So, among other things, the market for premium properties, townhouses and villas continues to attract potential buyers, as buyers who have entered the Airbnb market for investment purposes have not targeted this premium segment, preferring to buy 1.5-3 bedroom city centre apartments, according to the AirDNA database. In the investment market, the favourable terms of the Hungarian Government Bond Plus (MÁP+), introduced in June 2019, have also sucked a certain segment of the market away from the real estate market, but they are mostly thinking in terms of a few tens of millions of forints.

According to experts from the Housing and Real Estate Market Advisory Board (LITT), set up by the MNB, investors are confident in the housing market, so although there was a significant drop in certain price categories last year, the sellers' side has not yet seen a higher proportion of those selling their previous investments.