We take a closer look at current construction projects in Berlin, Hamburg, Frankfurt and Brussels! 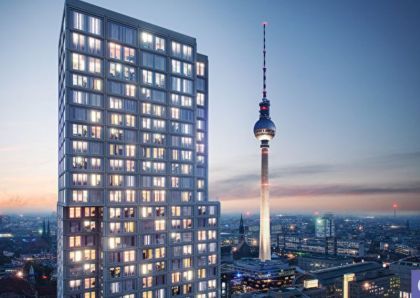 The Alexander Berlin's Capital Tower will be arguably Berlin's tallest skyscraper at 150 meters when it is completed in 2023.

The total of 35 floors offer 29 floors of exclusive living space. In particular, the penthouses on the top floors impress with a magnificent view over the skyline of the metropolis. The lower floors will house a cinema, a fitness area and several stores. In addition, four basement floors will be built.

The high-rise building benefits from a prime location. It is located in the direct vicinity with the popular Alexa shopping center right on Alexanderplatz.

Hamburg is building the most 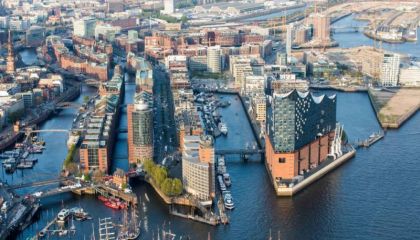 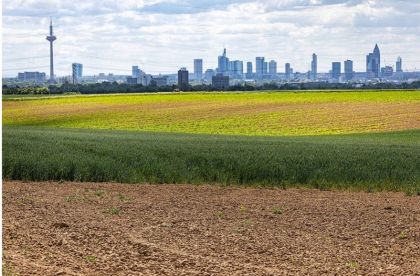 Frankfurt wants to grow. In the northwest of the Main metropolis, a new district is to be built. Citizens are to play an active role in this enormous construction project.
The name is also to be determined by Frankfurt citizens. Among other things, "Josefstadt", "Plus City", "Mikropolis", "Supergreen" - or simply "Frankfurt-Northwest" are available for selection.

Because Frankfurt urgently needs living space. The new district should be characterized by wonderful green spaces and lively neighborhoods with new jobs. 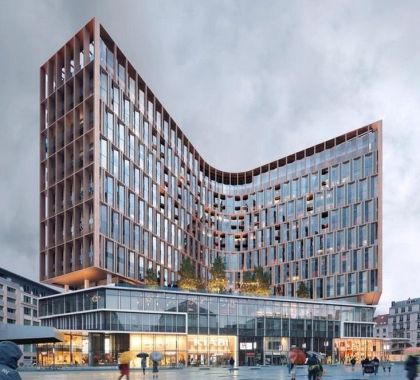 In a coveted location right next to Brussels' opera house La Monnaie/De Munt is the imposing high-rise building Centre Monnaie/Muntcentrum.

The cross-shaped building was built in 1971 by architect Jaques Cuisinier. Now it is to be comprehensively renovated.

The 62,000-square-meter structure is to function in the future as a modern mixed-use complex. In addition to offices, apartments as well as hotels are to move in there.
.